Cyberpunk 2077 A game for the future

Cyberpunk 2077 launch was a bit of a mixed bag. While it has garnered many positive reviews, its console launch has been a bit of a disaster. Ports were the reason for the game’s most recent lag, and it’s easy to see why. Many gamers complain about its poor performance, which seems justified considering Digital Foundry’s rather harsh opinions on their images on the PS4.

Unfortunately, not everyone who wants to experience Night City’s glow has an upgraded gaming PC to play Cyberpunk. So, if you were looking to take a chance on playing the console version, you might be glad to know that the collector’s edition of the game is available once again on Amazon.

This collector’s edition comes with a great deal of Cyberpunk flair. Packaged with the PS4 or Xbox One version of the game comes a hardcover art book, a Night City guidebook, a Quadra V-Tech keychain replica, a model of V striking a cool pose on the back of a motorcycle, and lots of stickers, pins, postcards, and other Cyberpunk paraphernalia.

Hilariously, there is a little blurb on Amazon’s preview image stating, “works great on PS5 too”. While it’s likely only there so, next-gen console owners know they can play this on their fancy new hardware, in hindsight, it almost reads like a warning not to load this onto that dusty old PS4.

This is a pretty impressive special edition, although buying Cyberpunk for a next-gen console doesn’t seem like a great idea at the moment. CD Projekt Red is currently working to fix the main issues and has just released a hotfix that improved several bugs for the PS4 and PC versions (the Xbox One patch is still on the way). configuration, but there are a lot of problems that still need to be fixed

It’s also funny that these collector’s edition packs are suddenly available again. It’s possible that due to poor reception from Cyberpunk 2077console ports, some disheartened fans canceled their orders, prompting an influx of new stock.

Cyberpunk 2077 launch hasn’t been an easy journey for CD Projekt Red, but that hasn’t necessarily damaged the game’s reputation that much.

It still made a lot of money and even made a profit on the first day of its launch. Even Johnny Silverhand himself, Keanu Reeves, seems to love the game. Despite all the bumps along the way, Cyberpunk 2077 can still be considered a huge success.

We’ve seen many games released in tough states, and we managed to turn things around with patches and updates. It is plausible that most of the issues with Cyberpunk are fixed, and all issues are resolved. It’s a shame that the games industry’s latest trend seems to release games with bugs that take months to fix. 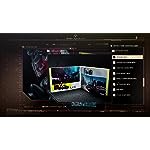 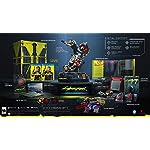 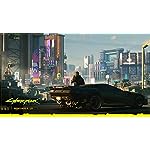 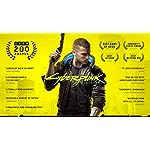 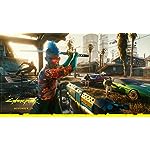 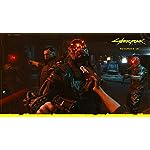 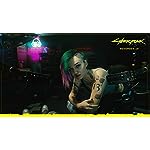 Do you know the History of Spider-man (Miles Morales)